By Sylvia: The union between an Empath and a Narcissist is one of the most toxic you can find.  Empaths are very misunderstood people and are usually mistaken for being weak or victims for whom they are.  This is further from the truth as empaths are very strong and resilient people and is highly sensitive to the feeling and emotions around them, but when a Narcissist comes into their lives victims are exactly what empaths become if they can’t protect themselves or set boundaries.

Healing the world is what empaths like to do as they can’t stand to see others in pain.  So, therefore they are naturally drawn to broken or damaged individuals.  Unfortunately, these individuals don’t want to be healed, they want power and control.  Although an empath knows that getting into a relationship with a Narcissist is not the wisest decision, they still do, but they really do not know what they are in for.

Below is what happens when the two get together.

The narcissist will pull out all the stops to help the empath feel comfortable around them and in return, an empath with feel a strong connection or pull towards the narc even if there is nothing in return.

Empaths are lovers, they enjoy putting people back together and here is where the problem lies. A narc does not want to be fixed, they want to feed.  The more love they, receive the more in control they become.

Over time, the Narc will allow the Empath to believe that everything is on track.  By doing this the Narc is seeking constant validation by asking questions like Do you love me and then swiftly turn everything around to talking about them. Very soon, the narc will start to have Empath self-doubting themselves by gaslight them.  They say things like “I don’t remember saying that” or “you’re crazy” or even “you’re imagining it” This tactic is to start the rapid decline of the Empaths mental stability. By doing this it creates a relationship of control. This leaves the empath reliant on the narc for everything because they have lost their self-worth.

The manipulation tactics the Narc uses can cause many empaths to end up with severe depression and anxiety.  The Narc basically puts you in a damned if you do and damned if you don’t situation.  The empath then alienates themselves, and the narc becomes their entire world. Everything the Narc does becomes a direct attach on the empaths personal reality. They take all the joy, excitement and normality from the empaths life and this is replaced with feelings of inadequacy and worthlessness.

Eventually the empath will reach breaking point. The person they once used to be is a mere memory and they become someone else.  They are not recognizable by the people who knew them before.  Conflict then arises because the empath is now realizing their needs are not being met and starts to let the narc now.  The narc then sees this has selfish behavior.  When this stage happens, it really is the beginning of the end.  The abuse from the Narc then is stepped up trying to bring the empath to their knees. What the empath at this point does not realize yet is that there is nothing wrong with them but more with the Narc.

The empath then questions how can I have improved this, or how could I have prevented this from happening.  Once the Empath has hit their lowest they then start an incredible transformation.  Much like a Phoenix rising from the ashes they come back better, stronger and without losing any of their beautiful traits.  They will re-evaluate their lives and start to improve themselves to living a better life.The Narc on the other hand does not believe that they are flawed in any way or need anyone. They will just keep moving from toxic relationship to toxic relationship, trying to destroy their victim along the way.

Just remember one thing in all of this, an Empath will grow wings and fly, a Narc will never change who they are. 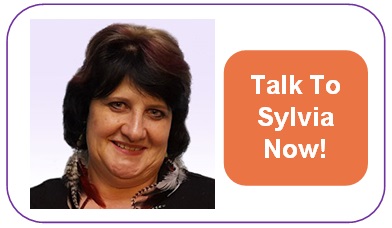 Intuitive, giving you deep insight into your situation.

Latest posts by Sylvia (see all)