By Farrah-H: For those of you who are interested in Astrology or for those of you whose lives are a big part of astrology, you would have heard of the Mercury Retrograde (Latest happening is on April 9, 2 days from now), and for many we worry of the effects that this may have on us and our day to day lives, as many people believe that many things are affected including our communication, our relationships, our ability to communicate clearly, our interactions with other people in our surroundings, even travel. Our overall feelings, mood and energy seem to be affected.

Now, the Retrograde Motion is when our planet appears to change movement through the sky above us, Although contrary to belief the planet does NOT start moving back in orbit, in fact, it is just an illusion that it is, it appears to do so due to the positions of mercury and earth and how they move around the sun.

Our planets naturally move east to west through the stars at night, when a retrograde motion takes place there is a shift for example and they shall begin moving east to west instead. There is so much scientific knowledge, I could continue to talk about, but that’s not what I’m here for. I am here because there are too many people and some scientists who believe we humans are affected by this shift.

Now first of all, I do believe we are affected by this shift there is too much evidence we are not… But, many see it as something to worry about that takes over our energy, that it is something we can’t control, that’s correct to a point we can’t control it happening this is true, but we can control the effects it has on us and our lives. During this Retrograde our energy is stronger, more sensitive, we are in fact more Capable of achieving doing, and being greater than what we are, if we can use this Mercury Retrograde as nothing but a positive thing, to influence ourselves, to push ourselves harder, to think out of the box, to take chances, to take space and time to grow as spiritual individuals then this retrograde can be a very positive experience, something to look forward to.

This universe is an incredible place with so many things happening, which we are connected to and affected by every second of every day. We are energy, as is the universe, as is the world around us, we are all one. Use the power of the universe to influence your daily life in the Mercury Retrograde, not only during this time but during each and every day, the universe will always listen, speak to it, and watch your life transform. If you have any questions about the Mercury Retrograde and your life I am here for you and able to answer any questions anytime. I look forward to reading for you soon. 🙂 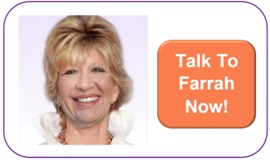