By Kirsty: As we draw close to Valentines Day, lots of people have love on their mind. Will they be alone? Or will they meet their long awaited twin flame? These are often the types of questions I get asked by majority of my clients. If we are honest, we all want that “connection” with someone special. We want to know that we are desired and adored by our soul mate. Flowers, chocolates and grand gestures are not always necessary to provide that yearned for tangible proof that we are loved. In fact, if you already have your twin flame none of the above is necessary, as you “just know” that you are loved and adored.

I want to share with you an experience I had many years ago. A lady came to me for a reading. As she sat in front of me, I could see years of pain and heartache etched into this lady’s face. I knew instantly that she had loved and lost deeply, and had never attained any kind of closure. I took her hand in mine and held it tightly, trying to reassure her that I would do my very best to help her. As the reading began I became aware of a male energy in the corner of the room. Although silent, there was no underestimating the power of this being and his presence.

I composed myself and informed Judy of his presence in the room. Instantly her eyes filled with tears. A lump formed in my throat, as the feeling of eternal love enveloped me. There was no mistaking this overwhelming exuberance vibrating around me. I tried to speak but nothing came out, for that instant I was trapped in this vortex of reciprocal love. My heart felt like it could fragment at the sheer volume of love that this man and woman shared.

Eventually, I was able to compose myself enough to share what this man had to say with his wife. It transpired that this man had been a soldier at war in Iraq, when the gulf war had first started. He had died whilst serving his country, and after not seeing his wife for nine months. During this time the only communication they had were the letters they had faithfully exchanged. Declaring their infinite love, and inner most thoughts on paper had become a way of life. Sharing their fears and dreams for their future, and making promises to never let the “little things” stand in their path.

Judy spoke very little throughout this reading, only managed to nod her head and catch her breath between sobs. The letters were keys to unlocking this huge prism of grief for Judy. Sadly they had been misplaced during a house move, and still to this day never found. Judy felt that the letters were paramount to her emotional well-being and freedom. I knew I had to try and find out if the letters still existed, and indeed where they may be. I asked out loud to the presence before me “please guide me to these letters, allowing me to help your wife heal”.

A picture began to form in my mind, of a loft above a one story property. I relayed this to Judy, and she was able to confirm that she lives in a bungalow. Although the loft was very dim and dusty I was able to see lots of boxes, bags and cases. One case in particular jumped out at me, it was different to the rest. It looked old and battered, like it had seen better days. Once again I relayed my vision to Judy, describing the brown battered leather suitcase. Her eyes widened with every word, suddenly she stopped sobbing and sat upright from her slouch. Just like that, the life had been poured back into her soul, she was alive again and brimming with excitement. I had never in my life witnessed such a rapid transformation in anyone.

I asked Judy what had brought about her new found glee, and this obvious awakening. Her eyes filled with tears once again, and my heart sank. This was some emotional roller-coaster we were riding. Judy began to talk, very fast at first, tripping up over her words. I took hold of her hand again and suggested that she slow down a little. After composing herself once again, she told me her story.

When she has received the news that her husband had died in service, Judy was enraged. So extreme was her anger that she flew into a rage. This rage erupted inside Judy and she began to shut down. So much so that the following twelve months passed with only existence. Somehow in this time Judy had managed to sell her house and move to her bungalow, with a little help from her sister. Moving alone was mountainous at such a traumatic time for Judy. Despite advice against this from her doctor she felt she needed to get away from the home she had shared and cherished with her husband. In her own unhinged mind it was her retaliation to her husband for leaving her.

Judy had been so locked up in grief that she had no recollection of throwing the letters in the case. Somehow, some way, I had unlocked the door and released her from the prison she had been shackled in. I believe the power of love emanating from her husband, coupled with my channeling had triggered Judy’s memory. Affording her that brief incite into the shadow of her former self.

Months after my session with Judy I received a letter from her. It was so heart warming to hear that she had indeed found her love letters, her legacy from her late husband. At this point she was able to think about her past, present and future.

The power of love is far beyond anything the human mind can comprehend. It emanates freely from one world to another with no boundaries. Even if we feel we are closed off from love, it still surrounds us. You never lose your soulmate or twin flame, even if you are separated, or they have passed over. That love, that connection will remain as powerful as it was the say it was born. 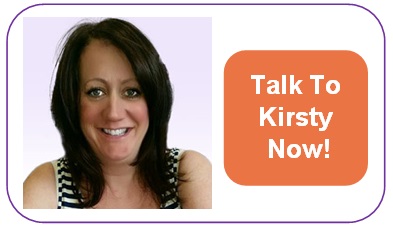