By Psychic Patrick: Life seems illusive, form seems so solid- even though it consists of something like 99.9% vacuum. Thoughts even seem an abstracted form of reality, with life seemingly transient though existence seems perpetual, as if that’s not enough, the whole thing rests upon preconceived concepts manufactured at some point early in life, where likes and dislikes tend to affect the nature of the perception itself.

For the human condition relies upon this, tending to anthropomorphize all it makes contact with in an attempt to express and understand the universal relativity that connects all things- one we can all feel deep down in our hearts. 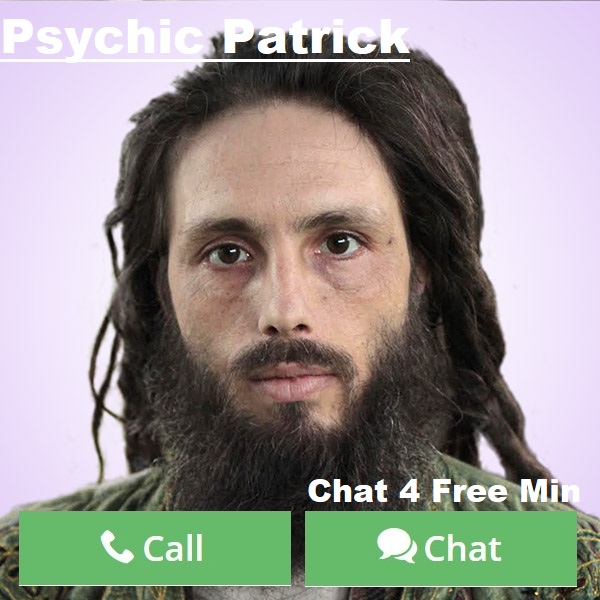 When considering the process in which consciousness finds its perception firmly rooted in the physical body, the journey into the unknown has truly begun. There are many hypotheses and theories attempting to explain an existential conundrum presented by many, such as Jung’s scientific research into the nature of psychic abilities and the far more common psychic connections found between mothers& children, twins, lovers and such- suggesting that awareness has the possibility of retrieving information from a source “outside” of the human body’s immediate sphere of sensation.

The notion that it “all ends when we pass from this world” and that we are merely bodies with thoughts that originate from the brain and solely occurs in the brain of itself, doesn’t account for all the large body of documented scientific research from the Society For Psychical Research, founded in 1882. Thousands of documented cases are found, that could not reasonably be debunked by any theory, even when examined under controlled research conditions. That there are indeed unexplained phenomena labeled as “paranormal” is undeniable, with many current scientific breakthroughs suggesting interesting possibilities in the endeavor to find rational explanations thereof.

Offered here, is an alternative perspective, one that fits upon the frame of shamanic, yogic and many other schools of mystical thought, where the various cosmologies basically tend to mirror each other in terms of archetypal notions, while hinting at the emergence of an underlying pattern of all things without wholly contradicting current scientific thought. It’s a new way of looking at what we call reality, that offers the potential for opening one’s energy field to the extrasensory impressions, in much the same way that once we had realized what computers were, how the internet worked or what it could be used for, we suddenly were consciously operating in a new cyber world, where seemingly infinite streams of information could be accessed instantly, friends contacted, items bought or sold, with even study, entertainment and employment occurring through this medium. A fairly apt metaphor. To embrace the holographic model of perceptual awareness, one could start with three interlacing concepts that act as the framework for what I like to term “Holographic Cosmology”, which essentially results in the realization that thoughts are “objects” vibrating at a far higher pitch than our bodies are, which is why we don’t typically see them with the physical senses. The “reality” or “space” that they occupy is out of phase with that of our perceptual equipment in much the same way as one can’t hear the sound of a dog whistle as its beyond the typical hearing spectrum.

First premise:
I like to consider the brain- and body- as a system of apparatus that act as antennae and decoders for the universal consciousness stream that enters into the mortal coil, channeling information through induction of DNA’s electromagnetic field at frequencies higher than billions of oscillations per second. Rupert Sheldrake, the renown biologist, did much research into this and coined the term “morphogenesis” as the interaction of “morphic fields” and transmission of information, as what appears to be the primary driver of evolution found at the higher end of the E.M. vibratory spectrum and potentially above what we can measure- resonance of a billion of times per second and faster. Consciousness thus exists outside of the body and is brought in on atomic and cellular levels via DNA, before being decoded and reorganized in rational terms by the brain.

Second premise:
All things are connected to all other things through the field of consciousness that permeates the space between and all other things. Consider thoughts as “objects” vibrating at such a high rate that they can only be perceived through the sixth sense or, conscious awareness of the information moving through lines of morphic force before it has been decoded with reinterpretation by the brain, thus allowing one to apply meaning to the non-contextual information accessed through the extra-dimensional awareness from the consciousness field surrounding and permeating the body. It is also interesting to note that C.E.R.N. (the Swiss collider) has given scientists a snapshot of what particles are actually doing and “Quantum Entanglement” is the popular term these days, suggesting that particles generated from the same point are “entangled”, thus, meaning that the space between them is no barrier and a change in one’s condition will affect the other one too, regardless of the distance between them. We are now essentially talking about some sort of phenomena involving wormhole between atoms that somehow transcends space instantly, with “teleportation”of information between said particles over potentially vast distances at faster than light speed. Consider for a moment, the idea of The Big Bang : which upholds that all particles came from a single point and thus means they all could or should be entangled with all other particles, insinuating a profound network of “cosmic wormhole” connectivity between all particles that exist. The old adage then becomes rather more interesting when considered as a literal concept: “to see all the world in a grain of sand and, that grain of sand reflected in all the world”, holds true on the quantum level of existence. Thus all things would affect all other things and hence the necessity for clean moral undertakings in life as every decision or action has cosmic implications and far-reaching consequences, which would naturally be reflected as divine principles in religious thought. Herein does the concept of Karma find its existence, for example. Naturally, one would expect the same principles would be at work and surely apply to suns, black holes and such macrocosmic manifestations, as it does to microcosmic ones- on the “micro or atomic” scale of events that apply to consciousness.

Third premise:
The notion that naturally evolves from the consideration of the original two premises, suggests that consciousness can be thought of as a fundamental and foundational component in the presence of all things and permeates all of space with its wormhole network that entangles all things great and small, allowing for the conduction of information, the kind necessary to maintain order- expressing intelligent design wherever the eye might fall, which is why a single ionic hydrogen atom occupying one cubic centimeter of stellar space has a mass of 100 trillion times greater than that of the known universe, or total mass of all heavenly bodies found in 250 million odd galaxies. To question that there is a natural order of all things would seem rather frivolous at this point, as it appears evident that the same “laws”, namely patterns of information expressed spatially in terms of time, seem to be repeated and thus apply to atoms, galaxies and planets alike, governing these actions. Gravity and electricity are the faces of Yin and Yang in this story, whose interplay manifests and transcends all things equally. Realizing consciousness as being wholly extra-dimensional, thus explains why and how paranormal phenomena actually take place in the quantum fields, which is where it originates from and, provides an opportunity to understand the principles governing this action on the material plane. Suddenly legends of folklore and myths that seem unlikely to have happened, thus being discounted from history, may have more fact than fiction at the core and, that humans have an incredible potential that is not being recognized or tapped in any significant way for mutual benefit. That when we dream, we actually journey through a spatially deconstructed zone that becomes a reflection of thoughts transmitted throughout this cosmic network, that which the ancient sages of India called the Akasha and that knowledge of and access to this wellspring of universal information is accessible all. It should be considered a human birthright, one that we have yet to claim as a species. Dreams could be considered as the experience of moving through this substance, while we experience our reactions to the removing of mental debris- static- electromagnetic patterns held by our electromagnetic vibrational body- what one might term the soul, body or aura. This “static” manifests in the physical body as blockages and tension often resulting in illness.

Oxygen is a key ingredient for this electrical process of magnetism & hence the conduction of Electromagnetic currents that may be called “chi” or “prana” into the physical body, that strengthens all atomic bonds while polarizing the consciousness stream that the field be sustained, benefiting life force and thought potential, or what I like to term “Thought-mass”, as thoughts indeed have mass that’s too small to measure- expressed as magnetic fields. The electromagnetic spectrum and beyond’s activities and relationship with the material plane seems to be part of a highly refined system of governance- that hold all things in their place that heavens and earth may come into being. This is why most real guru’s teach that the breath is the key to unlocking the secrets of consciousness, as it directs the currents of consciousness, managing the life force and regulating the brains algorithm processes required for induction of consciousness while, decoding it into syllables of perceptual thought that I was able to be manipulated while in this low vibratory spectrum of algorithms with frequencies of between 4 and 40 hertz, as opposed to 3 billion hertz, as an example of the higher end of the E.M. spectrum which, can only be directly experienced extra dimensionally.

As a Shaman, I can confirm this practically, as this is the electromagnetic highway traveled to collect energy and information from the wellspring of all information, where all things are known, the beginning and ending of these to with eyes even upon the great beyond- those large dials of consciousness that keep the wheels of Fate and Destiny turning. Conducting this profound orchestra of being with the cosmic intelligence that truly is infinite by design. We have many names for this great symphony of consciousness that coordinates the workings of all things, with many great religions arisen in the name of this perceived super-consciousness phenomena. A mental body so infinitely substantial, it encapsulates all minds and even all that is projected out through the vacuum to become existence as we know it, is a mere wall- hanging amidst the tapestry of design present at this level of vibrational manifestation.

One could even go as far as to consider ones entire existence as a mere thought in the cosmic mind of this great being, that is multifaceted to infinity, holding within it the existence of all other things- great and small.