“Reality could be considered as a symphony of harmonies,
a complex song of acoustic resonance
-of vibrations moving through the stream of awareness-
bound in consciousness,
yet reflecting thought
in terms made tangible,
through the vehicle of imagination
and her many tools of cognitive manifestation-
basically; one big dream,
the heart of which, summed in one small word:
love…”
(Psychic Patrick the Shaman)

The infinite simplicity of this profound and undefined phenomena has baffled geniuses, confounded poets and left theologists groping in the dark for the answers hidden in the metaphor of ancient texts. The reality of love is yet beyond the mind that strives to hold answers that only the heart of a child could grasp, for the simplest force that binds all opposites in the indefinable garb of unity, manages somehow to hide in plain sight while caressing the strings of heart into action set in motion by invisible hands.

What is the nature of love that inspires artists hands?
Or the essence of this gentle force that binds one to another as cause to effect, producing the tones of harmony that reflect beauty in the tune of this world ? That brings electrons and protons to the grasp of neutrons unbound arm, that Atoms may know their place ? Or brings forth flowers from seeds or, inspires the birds and the bee’s that we could be at all ?
Perhaps the same force that brings answers to questions, could be behind the mystic flame that burns in the heart, when inspired by beauty, it beats faster at the touch of naked flesh or that long awaited caress of ‘first kiss’ ? 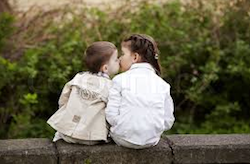 What we call Soulmates, could indeed be those that have before seen and tasted the closeness of this sense, walking these halls of time in distant ages lost to the past, yet repeated as history with a lingering of memory beyond definition. Some magical force binding the hearts as a dance to music, or colour to the form of a painters’ brush, with passion as that hidden hand that drives the ship of life’s true plan: that being, yet more life.
Twinflames could be such that share vocations too; working as bee’s to achieve the sweetness that life has bound withing it’s endless mystery, bringing the harmonies from bedrooms to offices alike, with the rest being merely the stumbling’s of words aching at the loss of description, for invisible tangible forces of attraction that inspire selfless acts. Care could then be the glue that holds the frame of life’s fragile form in place, that the mystic juice inspire through procreation, the textured play of evolution that entertains the meanings hidden behind life’s true intent. Could love then be the substance of perfection ?

Of which Prophets and Rishi’s spoke, bound in mystic text that stretches it’s ears across the corners of eternity, finding it’s end where beginnings are born, with the meaning of life as the story it tells ?
The truths of these mysteries, may yet live in Silence’s heart, where the shamans and yogi’s of past would dream as one, unbound and lost in divine embrace of spirit, yearning to hold the keys that open wide the doors between worlds apart, that Knowledge be born of Wisdom’s entry into Understanding’s womb, from whence the child of life did spring, spanning worlds within worlds, yet moments apart.

Could Love be natures way of revealing the true potential of of mankind’s heritage ? With the miracles of life’s potential being as rings upon fingers that point the way to the Utopia of being, from whence the flower sprang as galaxies from the multiverse of being ? Could it be the gateway that transcends time and space, holding all the secrets of being in open hands that know the substance of self as expressions thereof ?

With the mysteries of the human heart being as vast as the heavens and endless as the stars that coat the night skies, with the simple expression inspired through love being that which unifies the infinite expanse between us, bringing the sense of purpose that’s wholesomely singular into focus, that the well-being of the whole becomes that driving force permeating the sense of being with selfless thought. Understanding may yet escape the gaze of unseeing eyes, with the inner being that pulls these sacred strings seeing and knowing all, as the intuition becomes the vehicle of its expression , revolving the waves of empathy into the great ocean of compassion that connects each to all in this endless symphony of being.