Hello, my name is Psychic Patrick and I have come to share my views regarding the nature of emotion, its role and it’s purpose in this proverbial ocean of consciousness we all find ourselves adrift in, called life:

Have you ever considered the actual nature of Emotion ?
What it really is or, where it comes from..?

One could say that the currents or motion of energy experienced in the physical body as instinctual compulsions-possibly a residual effect & result of the thoughts held within the mind that run through the brain, is what in this day and age,is loosely termed emotion.

If one considers a wave in the ocean, one finds the perfect metaphor that quite aptly illustrates this relationship between thoughts and emotions:The wave that is seen by the eye, that moves upon the surface of the water, is but the obvious effects of the wavelength that actually moves through the entire medium of the water-most of which is moving below the surface of the water and is seemingly “invisible”, but for the surface ripple that we actively observe.

So it is with thoughts, moving upon the surface of consciousness, with the greater part of the wavelength of thought hidden from the observer as it exists below the threshold of conscious awareness, which we experience subjectively as emotion.

It’s as if the two are polar aspects of the same wavelength, with thoughts being objective and thus obscuring the more subtle and subjective field of emotion.

In a world where the average person is said to use up to 10% of their actual brain potential, could the understanding of emotion, not perhaps be the key to discovering the secrets of whole brain function ?

To “unraveling” the sublime thought processes within the psyche that hold the potential to establish a more complete & cohesive system of neural mapping, vastly improving the efficiency and potential of mental abilities ? 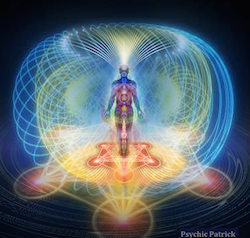 In yoga philosophies this “whole-brain” potential is termed and characterized as the “Ajna chakra”, “Third Eye”, or”the eye of Horus” in Egyptian cosmologies, with a multitude of names in all the varied indigenous cultures around the world.

Emotion being the sphere of Venus, is termed subjectively: “The gateway to the Mysteries” in the western schools of cosmology and is the “path” one travels toward establishing what is termed : A personal conversation with the “Holy Guardian Angel” – that principle aspect of self within,which is the deeper guiding awareness behind our thoughts.

And what of spiritual purification ?

Could thoughts that spiral endlessly through the mind prevent this process from being discovered ?
Could emotion be the way in which these thoughts get “removed” (or resolved), purifying the psyche through the experiential acceptance of emotion without attachment of meanings to them? Could it then be, that an inner peace begins to settle, resulting in the natural wisdom that is true spiritual insight?

Those that hold the keys to the sacred wisdom, would say that it is then, that the Holy Guardian Angel within can become realized, which relates to whole brain function in the body, with the corresponding health that such inspires.

The shaman knows well of these mysteries and watches the inner cycles, for understanding the subtle tides that regulate this system brings wisdom and knowledge of the workings of self, for as the ancient adage goes:As above, So below”- with emotional intelligence being the paramount to understanding the workings of the omens that guide both the heart and work of the shaman and, is a deeply subjective process fundamental to the human heart.

Emotion could well being the key to understanding our thoughts and, be the primal instinct that moves toward finding that harmony which is the key to resolving the polarities that seed disharmony, that the ocean of mind find the rest of peace that is the essence of health and wholeness.

Therein could be hidden the true secrets of whole-brain function, which could well be those “spiritual powers” spoken of in all the ancient cosmologies that is in truth, the substance of miracles.

One thought on “Emotion seen through the eyes of a shaman”