By Kaitlin: Merry meet! My name is Kaitlin, and I am a witch.

Are you scared, now? I certainly hope not! Believe it or not, we are more common than people think- and we don’t ride around on broomsticks or have green skin, though many of us do keep pets like cats as Familiars, so one trope is true to some, at least.

There are many, many different types of Witch. There are Gardnerian Witches, Catholic Witches, Vodou Witches, Bruja, Santeria, Asatru, Druids, Wiccans, British Traditional, and countless more. Each and every Witch will have his or her own tradition, and they will usually practise a little differently from those who follow their teachings. A person’s soul is like their fingerprint: no two are the same, and some need different nourishment than others.

I come from a line of British Indigenous Witches. This would be called “Family Tradition”, or, as I like to say, “Fam-Trad”. How far back my ancestry goes from Britain, I cannot say. However, there is documentation of my lineage as far back as the mid 17th century, when my Quaker ancestors sailed from somewhere around Bristol to settle in Massachusetts- Salem, to be specific. Some months before the devastating witch trials (which only condemned innocent people) they packed up and moved off to Rhode Island, where they began a long line of doctors and healers; bonesetters in the Civil War with uncanny abilities. My mother is a Witch; even my name, Kaitlin Rhiannon, given to me at birth, translates to “pure witch”.

Healers, medicine people, wise folk- these are common types of Witches. Some work with herbs to create incenses, infusions, potions and charms. Some perform regular rituals honouring their Gods, or seeking help from them in some matter. Some practise Divination. Some dance naked under the full moon, or drum, or sing or chant. Personally, I partake in all of these!

Of course, there are some “grittier” sides of Witchcraft. Some Witches practise hexwork, or Justice Spells. Some help people pass on from this world to the next. Some perform ritual sacrifices. These practises are not inherently bad! Taking a life for example- “Sacrifice” means to make sacred. Those performing these rites are doing so with the utmost respect for the life they are taking, and such rites are not to be used lightly. Some hexes are just a way to nudge karma along.

Most Witches revere balance over all things: Male and Female, Light and Dark, Sun and Moon; Earth, Air, Fire, Water, Spirit. Without balance, there is chaos- Chaos Witches thrive in this environment, using the wild energy to push things along faster. Even then, though, they have to keep themselves perfectly balanced- they have to be the eye in the storm. Yes, there are some who value one “side” over the other: Dianic practitioners are all about female empowerment, and have a tendency to become anti-masculine. Catholic Witches tend to value male energy over female. Personally, I prefer balance. I have two tattoos on my wrists; one represents the Feminine, the other the Masculine. I use these to channel energy when I Work. Many who feel the same resonate strongly with the Justice card in the Tarot (versus Chaos Witches attaching themselves to the Tower). They find balance easiest to achieve in Nature- no noise from electronics, no emissions- it is the purest way to find the four elements, and to connect to Deity. Some, like myself, work with the Fae- nature is crucial for that connection. The Fae generally don’t react well around a lot of modern technology, and can cause a wee bit of mischief there.

One of the best places to find perfect balance, to meditate, to connect, is the beach on a hot day. You have Fire- the sun burning in the sky (and the Sun is typically viewed as masculine). Water- the ocean (which is typically feminine), Air- the breeze, and Earth- the sand below you. If you get a chance to, to just stand with the water lapping at your feet is a great place to ground yourself.

Most Witches work with Gods- some from specific pantheons (ie. Asatru draw from the Norse Gods) and some from many. I have strong connections to Bast, Persephone, Brigid, Athena, and Loki. I have worked with Lilith, too, but She only seems to come when I really need Her- and She is not one I would call upon lightly. My Lady, the one who chose me as Hers, is Persephone. I met her when I was eighteen, during a Samhain ritual with my Temple, well before I was ordained as a Priestess. When I am in danger or feeling panicked, She comes to my side, without fail. Every month, I also look at the virtues of a specific Goddess drawn from a deck of Goddess Wisdom Cards, and ask Her what my life needs. If you choose to try and get to know a God, do make sure you do some research first- don’t invite Kali into your new home to bless it without expecting to deal with some chaotic fallout. Hestia may be a better choice.

Really, though, most Witches aren’t all that spooky. Many have small altars set up where they can honour their Gods, or the seasons, but you usually won’t go into someone’s home and think, “Huh, they’re really witchy” if you didn’t know about that part of them already. Others (like myself) are pretty inclined towards occult imagery, so you may see more obvious give-aways. Even those Witches are usually not going to be waving a wand around every day, or brewing potions at midnight every Friday. When it comes down to it, we’re all just people. Weird people, who like cats and tea and incense smoke and crystals, but people nonetheless.

So, there you are. My name is Kaitlin, and I’m a moon-watching, spell-making, Faerie-seeing woman with three cats. And I’m a Witch. 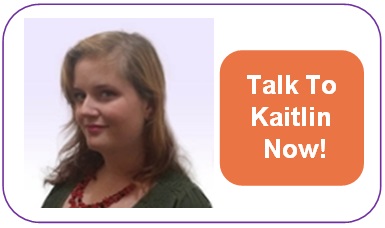 Blessed Be, Love and Light,

Bridging the gap between truth & compassion.

Latest posts by Kaitlin (see all)