The angels mentioned in the older books of the Hebrew Bible are without names. Indeed, Rabbi Simeon Ben Lakish of Tiberias (CE 230–270), asserted that all the specific names for the angels were brought back by the Jews from Babylon, and some modern commentators would tend to agree.

There are three main angelic realms and each realm has three sub-divisions. The angels who are said to be closest to the divine energy are called Heavenly Counselors. Their sub-divisions are as follows:

Seraphim
Seraphims are the most highly evolved angels who work to keep the right balance, alignment and movement between planets, stars and other heavenly bodies by working with sound or conducting the music of the spheres.

Cherubim
Cherubims are the true light workers in that they work as guardians of all the light and colour energy in the universe. They help to direct and transform the light which streams from the sun, moon and stars, so that it can be received in those places where it is most needed. They help to maintain the bridge of light between the planes of higher and lower vibration.

Thrones
Thrones are the angelic overseers of each planet. The throne angel who oversees the earth works in co-operation with the seraphim to keep it on course and in right relationship to the other planets. The earth throne also concerns itself with balances between species and endeavors to prevent or modify such cataclysmic disasters as major floodings, volcanic eruptions, widespread drought or earthquakes. Each planet has its own throne.

The first three spheres are ruled by the Archangels Raphael, Michael and Cassiel – the most senior of all angels as they are the nearest to Our Creator in Heaven.

The next angelic realm is that of Heavenly Governors. The sub-divisions are as follows:

Dominions
Dominions are the counselors, advisers, supports and teacher of all evolving angels. They particularly assist each guardian angel in looking after the well-being of the incarnate individual to whom they have been assigned.

Virtues
Virtues are the listeners who respond to prayers and requests for healing by directing appropriate concentrations of divine energy into specific areas or towards particular individuals.

Powers
Powers are the inspirers of human consciousness or higher ideals who also oversee the rhythms of birth, death and rebirth.

The three archangels ruling these three spheres are: Zadiel, Camael and Haniel. They are the middle ranking angels.

The third angelic realm is the Messengers. The sub-divisions are as follows:

Principalities
Principalities are the overseers and guardians of large groups and organizations, nation and cities.
The three archangels ruling this final sphere are: Gabriel and again Raphael along with Haniel.

Archangels
Archangels oversee all aspects of human endeavor and help us to name, interpret and work with, divine principles or the archetypes of higher qualities. The most important are the seven archangels, each of whom is assigned one of the seven spheres of heaven are: Gabriel, Michael, Raphael, Uriel, Jophiel, Zadkiel and the fallen archangel, Samuel (Satan).

Archangels can be invoked to bring blessing, safety and protection into our daily lives and to assist us in gaining greater clarity about our life’s purposes.

Angels without other titles

Those who come close to our earthly vibration and bring us angelic qualities such as joy, laughter, harmony, peace, love, synchronicity and many others. Some of these angels have a name but not a title as do Archangels.

Included in this sub-division are our Guardian Angels. Each time the soul decides to embark on the process of incarnation a guardian angel comes into being through the process of evolution from nature spirits and Devas. Therefore from before gestation to the journey into and beyond death each one of us is accompanied by an angel is presence, which without interfering with our freedom of choice will lovingly guide and protects us. When we die, our Guardian Angel guides us through that great journey and only we have completely adapted to life beyond the body do they move on to the next stage of their evolution or to another task within the angelic hierarchy.

Earth is a planet of lower vibration. Our bodies are the protective clothing we need to in order to function on the earth plane. Our souls and spirits have higher vibrational rates but direct, divine light is too intense for our bodies to sustain. The bridge of light means that we can safely have higher vision and extra-sensory or mystical experience. Guides and angels cross the bridge of light in order to meet us more closely. Spiritual training practices such as mediation and the channeling of healing help to strengthen-out energy bodies so that we can also meet the higher beings on the bridge in order to have clearer and safer contact with them. 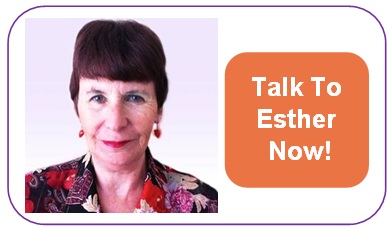