By Gona: Believe! Try not to resist fate. In times of difficulty and suffering, it can be very inspiring to look at legends. The legend of King Arthur is especially mind altering. What we perceive to be a difficult reality is but a phase we are going through; a matter of “growing pains”. As it is well known that King Arthur when he was a little boy was betrayed by his own uncle who was hungry for the power of the throne. The uncle’s action was to kill his elder brother and also get rid of little Prince Arthur to secure the throne for himself. However, Lady Fate had an altogether different plan; in the legend of King Arthur, Lady Fate is called the Lady Of The Lake and when Arthur the warrior is struggling with realizing his own destiny of defeating his corrupt uncle, Lady Lake shows him the devastation that would occur in the kingdom if Arthur does not raise his sword, the legendary Excalibur to defend the kingdom and its suppressed people. It is then and only then that Arthur accepts the power of his own being and aligns it with the power of the sword to reinstate his birthright Inherent King and Protector of his kingdom.

Similarly, when we have been shown through guidance or through a psychic oracle that we are intended to serve a greater cause, all we have to do is allow it to happen. Our own disbelief and resistance might create blockages and slow down the process of positive change which thankfully is inevitable. So,  Release and surrender to the greater forces who are actually working in your favour when your intentions are to give of yourself to “serve”.

The legend of Lord Krishna holds great guidance as well in times of hardship. Lord Krishna is also known as the Pandav Prince Arjun’s counsel during the epic war between the Pandvas and Kaurvas; Lord Krishna instills in Prince Arjun the impertinent necessary action of doing war against the evil Kaurvas as again the whole kingdom is in peril. Even though the Pandvas did not want to fight their own Cousins Kaurvas, Lord Krishna advises that if the Kaurvas are not “brought down” then the future bloodlines of the kingdom would be enslaved by the Kaurvas.

Last, but certainly not the least, the incredible example of Fate coming through is the defiance of the Spartan King Leonidas (the founding father of present day democracy) against the invading Persians. It is Leonidas’s fierce action against the invading Persians after getting guidance from his Queen Gorgo that has led to creating our present day democratic society.

Therefore, to change a difficult situation,
First and foremost, your intent has to be: giving of yourself for creating the “greater good of the kingdom”.
Second, put aside fear as no male or female warrior has ever “won a war on the horse of fear”. Claim your “fearless horse” or “spear” and as in King Arthur’s legend the mighty Sword Excalibur; Sword is also symbolic of Strategic Talk to “subdue the enemy” in order to achieve victory for the “greatness of the kingdom and future bloodlines”.

And third, let the Moirae (The Lady Fates) do the rest to “engrave the destiny of positive change”. 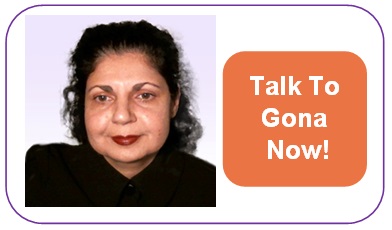 Latest posts by Gona (see all)