By Gaelen: Many mystical concepts which have been dismissed by the scientific community are being shown, on a more frequent basis, to have substance. Alternatively, an increasing number of scientific models are regularly being proved false. Cosmologists, have recently found parts of the universe, which are older than the universe itself. A universe I hasten to add, which had been constructed not by mystics, but by scientists. The scientific model I refer to, which has been disintegrated, is the Big Bang theory. Revelations of this nature leave the Mystic, smiling sweetly, safe in the knowledge that, there is no beginning and there is no end.

Mystical concepts of natural processes have much better stood the test of time. One of the processes, which describes cosmic evolution, is the formation of the elements – Air, Fire, Water and Earth, from the fifth element, Aether. The whole universe is believed to be composed of these basic elements, and hence the food we eat, the water we drink, the air we breathe, – all are made up of the same five chief components.

Working with Harold Urey in 1952, Stanley Miller, conducted an experiment which was to investigate the life forming conditions of primitive Earth. Gases such as methane, carbon dioxide and so forth were put in a flask. The gases were then subjected to electrical sparking which was meant to represent lightening as a source of energy. Several days later, Miller was able to inspect the evidence of molecular creativity. The brown gunk which had appeared in the flask contained a rich variety of amino acids. Miller had performed the first prebiotic chemistry experiment. Here is a scientifically plausible means whereby the building blocks of proteins might have been formed on the early earth. This experiment is compatible with the mystical ideas of the formation of the elements. This may be the reason why scientific investigation of this nature has been pushed to the bottom of the pile for the past four decades. In the news recently however, scientists have explained that life may have originated from the action of heat (from the sun) drying out certain chemicals on the surface of mud.

Further evidence to support the mystical foundation of cosmic evolution is now available. Studies by, Professor Raymond Wheeler, on tree ring samples taken from Californian Redwoods and bristle pines, provides Information which could cover the past three millenniums. Each tree ring contains evidence about the climatic conditions affecting the tree for that year of growth. The climatic cycles revealed in this way, exactly corresponds with the sequence of elemental formation as described by the ancient mystics. The teachings delivered by these ancient doctrines enable us to draw our own dogma-free conclusions about, ‘The beginning’.

Since we first became aware of ourselves, we have wondered over our origins. This curiosity has generated a host of philosophical questions, not least of which is the ancient chestnut, “How did it all begin?” There are those who have great difficulty in accepting the mystic’s enigmatic answer to this perplexing question, but why have the cosmologists got it wrong?

Well, part of the difficulty is in the formation of the question itself; it presupposes a beginning, and is therefore, a trick. The construction of the question puts a limitation on the scope of the reply. This precludes any answer of a limitless nature. It is rather like asking, “where do Martians come from?” The response we offer is Mars, even though we know that martians do not exist. It is a nonsense answer because it is a nonsense question.

Scientists fall into another trap. They develop world models which are self-limiting. It is, of course, difficult to avoid this trap when you realise that we live in a self made, self limiting structure. Most of the people of this world live in an organisation which is hierarchical. Social evolution has dictated the development of this arrangement. The consequence of this, not only has an effect on how society is organised, but it has far reaching effects on the way we, as individuals, think. Personal thinking patterns are constrained by the boundaries imposed by the accepted hierarchy. Within such a structure there is only one ‘king of the castle’, but the most penetrating criticism is that we tend to assume that the importance lies at this very apex.

The correct assumption, however, is that the important part of any dynamic structure, is located in the area of most activity. It is here, at this point of activity, that change is occurring, where creation is in existence, and whatever happens here, will have a certain effect on the whole of the structure. The system of the elements does not boast a hierarchy as such, it assumes that the point of activity is the most important. The element, Aether, is usually considered as this point of activity (although rather than a point, it is more like an all encompassing presence). Essentially, one element is just as important as the next.

The manner and order in which the elements have evolved from Aether has been communicated by various sources, and the Eastern and Western perceptions in general agree. The Sanskrit terms for the elements are the ‘Tattvas’, which means in the literal sense, a form of motion. The Tattvas are referred to in the Upanishads as “the five vital airs”. According to Blavatsky the Tattvas “are both Substance and Force, or Atomic matter and the Spirit that ensouls it”.

The four elements of Air, Fire, Water and Earth have been described as evolving from the positive and negative currents of Akasha(Aether). From this motion appeared Vayu(the element of Air). The interaction of Akasha and Vayu produced Tejas(the Fire element). The subsequent action of heat on Vayu produced Apas (the element of Water). The combined activities of the other tattvas condensed water into Prithivi vibrations (the element of Earth), which completes the evolution of the elements.
In the Hermetic tradition, Agrippa, agrees with the Eastern teachings, that the elements are eternal, and as such would have no primary or hierarchical order, only interaction (change). He also agrees to a polarising influence in the beginning which diffuses through the elemental structure. He states that, “all elemented inferior bodies are compounded from these four elements by transmutation and union.”

Agrippa’s conviction is that matter or substance is Eternal, regardless of how much the elementary form may change. This posture, of course, is in direct opposition to any biblical reference where, God ‘created’… everything… ‘out of nothing’, and any scientific reference to a Big Bang appearing out of nowhere. The concept explained here is not that of a beginning, but one of a ‘continuum’.

The manner in which the recent scientific disclosure agrees with the formation of the elements is interesting. Agrippa described the elements in the following manner:

The Eastern teachings show the evolution of the tattvas in the following order: Aether (from which all emerge) Air, Fire, Water and Earth.

Professor Wheeler has found the climate cycles run in the following order: Warm/Wet, Warm/Dry, Wet/Cool, Cool/Dry. This shows two direct correspondences. Firstly, the four different types of climate described can be directly attributed to the action of the four elements of air, fire, water and earth. Secondly, the cyclical order of the climatic formations directly corresponds with the order of evolution of these elements. Wheeler arrived at his conclusions through analysis of the seasonal growth of ancient Sequoia trees (bigtree redwoods named after a Cherokee indian chief).

For instance, warm and wet conditions encourage abundant growth, and during those periods, the tree rings will be fuller and thicker. In hot and dry conditions, the growth will be retarded, and thus provide thinner rings. Not only have climatic conditions followed the influence of the generation of the elemental cycles, but these influences have affected people throughout history. Wheeler’s research shows that great advances in art, science, literature, social and political behaviour moved together at certain times. Although Wheeler attributes social behaviour in each cycle to the climate, it can be clearly seen that the developments are governed by an underlying elemental influence during the course of each period. An influence which is neither global nor universal, but cosmic.

Wheeler describes the warm-wet periods as ‘the Golden Age’. It is a period of optimism where enlightened governments are prominent. These are good times with stable societies producing inspired literature and music. Learning becomes fruitful, and it is a time of scientific achievement. The warm-wet cycles have all the indications of strong influences from the element of Air. The Italian Renaissance, the Elizabethan period in England and later the Industrial Revolution, were all warm-wet times. During these times of Air influence, painting is impressionistic and abstract. The dominant shapes are slender, and there is an association with spring in the flowers represented. Sculpture takes a similar form portraying ideal or godlike subjects. The architecture during these periods has a curvilinear outline, such as Gothic with pointed arches, ribbed vaults and slender columns probing high up into the air; the advent of skyscrapers in the 1920’s is part of this influence.

The periods when the fire element is dominant, support dictatorships and moral decline. The 1930’s were a warm-dry time when people relinquished their responsibilities to the influence of dictators such as Stalin, Hitler and Mussolini. Rounded structures seen in mosques and domes, symbolise warm-dry architecture with curved arches and windows, Michelangelo’s marble nudes with rounded limbs are typical of this periods, while artists produce childlike and imaginative painting, as in the works of Picasso and Dali.

In cool-wet times, important religious leaders become prominent: Confucius, Jesus of Nazareth, and the prophet Mohammed were active during these cycles. This Water influence is also prominent in the literature of these times which is focused on emotions, and takes the form of lyric poetry and simple rhyming verse. Paintings tend to depict nature; simple objects such as animals, birds and landscapes become popular subjects. Ornamental and elaborately decorated clothing is favoured by women as in Elizabethan times and architecture favours baroque and rococo styles.

Finally, the cool-dry periods indicate that art and fashion become functional and realistic. Practical clothes are worn, long skirts and high bodices are popular. The Victorian era is an example. Surfaces are thick and shapes angular. There is a demand for realistic portrayal of scenes, sculptures have a clean, natural appearance. Architecture is practical, solid and generally built on a square plan with rugs and tapestries to keep interiors warm. These social trends are indications of how the Earth element influences behaviour during these times. The end of the Earth (Cool/Dry), period then gives way to an Air (Warm/Wet) period. Thus the wheel turns and the cycle is completed. Wheeler’s enquiry into the cyclical patterns of history, took initial investigations by Douglass, on to their next stage in the usual manner of scientific progress.

From the time our forefathers first introspected about existence, the mystical answers appear to be unsurpassed. It is encouraging to note that we can take the fruits of scientific enquiry and apply them to ancient knowledge in a way which supports the Mystic. 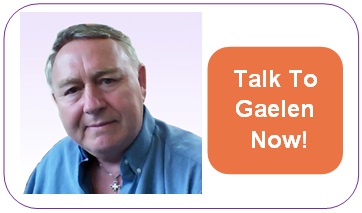