By Bill: When Ted was a child, he’d always wondered where his life would lead and what he would become in his adult life.

His siblings were much older than him, so Ted would play and invent his own play mates, Ted disliked school very much and did not attend often, he’d rather play with his imaginary friends and live in Ted’s own world’ as the Ted lived in the bush and saw things like other beings or spirits.

Ted’s Mother would say its his imagination, although Ted went to sunday school at the nearby church, being a little slow, Ted knew about Jesus but, didn’t get the concept, Ted always had a kind of feeling being one of a kind and being also a loner also and didn’t think he was a normal kid and he didn’t think he was a special kid, either mostly dumb. Mostly, Ted’s family moved to the city and what a scary frightening unpleasant world for a 12 year old boy, this was the end of ne road. And differently not the life he knew and loved. As a youth moving from place to place with his Mum & Dad, he never seemed to neither settle down nor fit into that society.

He was very scared of people indeed, and preferred to go to work with his father, a washing machine mechanic who had his own business. Ted started high school and that in itself was a total nightmare for this timid and shy boy. Being a little different led him very quickly to learn how to street fight, Ted found that winning served its purpose making friends, the girls started to take interest too.

Ted always loves to sing, he was asked to join the school band after a teacher heard him singing. Ted learnt a few instruments along the way Ted love to go and jam with friends, Ted became quite aware of the attention; he liked it and started to come out of his shell. Ted was fifteen now and was playing local gigs he started his own band now being paid to play and perform, penning his own songs and writing about the things he saw and felt as a boy. Ted learnt how to spray paint and repair washers and fridges. While working in bands, he quickly found out there is no real money in playing in pub bands.

Ted married at twenty five, it only lasted a year as his then wife was out and about cheating while Ted was on the road touring or playing sessions and studio work. Some people say that Rock and Roll is the “Devil’s music” or “living on the Dark Side” ”quote unquote’’.

Ted had friends who lived in northern NSW Australia, Ted headed up there to clear his head, heal his broken heart and past his life back together again. Ted met many different people and a lot of diverse and alternative living people, and of course the Hippies. Ted met a family that believes in Karma, Well being, Self awareness, Spirituality, God and the Angelic Realm beyond this universe there had to be more out there.

Now things started to all fall into place for Ted, searching for those childhood images in his head and heart was the turning point, Ted met a travelling Yogi which also played a part in Ted’s learning. There were a lot of people that had faith and lived and worked in the Light, the Angelic Realm, Ted was hanging out with them and this led Ted to learning the tarot deck, learning the Chakra Centers and Healing and becoming a Shaman and Masseuse’ also living and working in The Light. 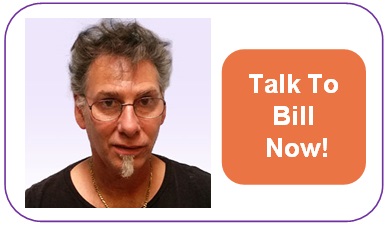 Latest posts by Bill (see all)