By Destiny: I would like to take the opportunity to introduce you to the world of ‘Psychic Development’ and each week I will give you snippets. This week I am going to tell you how it all began, I will discuss how I first discovered I had psychic ability.

As a child, I would have feelings about people, although I would not necessarily reveal what I saw. The thoughts or hunches that I had would often be played out and that is where my awareness began. 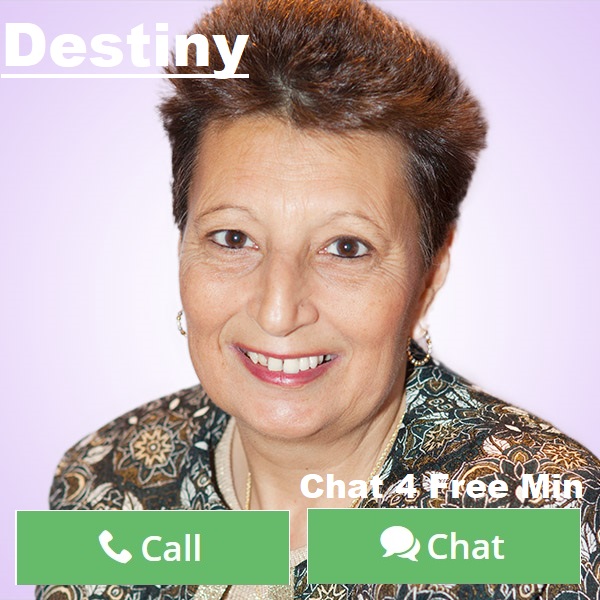 I reflect back on my childhood now and I recognize that some of the most important people in my life were Psychic. As a teenager, I was sent on a school community project to visit an elderly woman. This lady was nicknamed (Hooky) it was simply and abbreviation of her surname. Hooky was very well known in our area as a Fortune Teller and she read the tea-leaves.

Hooky and I got on great and I visited her often and helped her with chores around the house. We would end and start the day with a cup of tea and then I would swirl my cup around three times and turn it upside down on to the saucer. The tea-leaves would be stuck to the cup and Hooky would perform a reading on these tea- leaves.

I remember peering in to the cups and wondering how she could get such accurate information from this arrangement of tea-leaves. I was looking for shapes giving clues and I saw absolutely nothing. This was her secret and it was not my time to know and so I remained curious for a few years.

In the time that I came to know Hooky, she introduced me to the Spiritualist Church. I remember that I won a marrow in the raffle and I felt that Hooky had something to do with that. It was after Hooky died that my psychic ability really started to manifest. It started off with some kind of automatic writing and drawing.

I was interested in art and often I would draw pictures and one day as I put pencil to paper something remarkable happened. My arm and hand felt very light and actually lifted up almost floating. Then it came down on the paper and without any effort from me it started spelling out words. These words were very personal to me so I won’t say what they were, however, this was the time I realized that I was not alone.

I started developing my psychic ability on my own as I did not know anyone apart from Hooky in my area who was psychic. I continued with the automatic writing and automatic drawing for some time before I moved on to develop my psychic ability in other ways. I read up a lot about the psychics of my time and I could relate to many of their experiences.

I purchased a crystal ball and followed the instructions in a book for scrying and realized that I was actually looking for things to appear inside the crystal ball. In reality this is not how it happened for me the crystal ball was a focus and reflected back in to my mind images, scenarios and senses. I would start to get little stories in my mind about people.

The messages seemed to open up like a movie screen and I was shown a series of events happening in people’s lives. I would then be able to bring them a message based on the stories that I got, and when I told them the story that I got they could really relate to what I was saying. As an example I would get a scene opening up of a lady waiting at a bus stop and getting wet, she was waiting for someone.

A very smartly dressed man turned up in a car and took this lady to a wooded area where he told her that the wooded area was hers. This lady said that this was very accurate because she was waiting for a project that she had been working on with the material being mainly of wood to be patented.

I told her that she did not expect that man to come along because she was waiting for a bus, I sensed this to mean that she didn’t think she would get it patented but he did show up and it did happen.

I started doing readings at mind body and spirit fayres and there was one reading that transformed my spiritual life. A man approached me and asked for a Tarot Card reading and so I did a spread. I had hardly got in to the spread when I felt aware of someone around me.

I felt compelled to say a few things to this man that seemed to be coming from this presence. I was shown a few things and one of them was a Doctor’s brief case. I relayed this to him and he told me that he could relate to that, I told him that the person who owned the case was talking to me.

The man was very calm and his eyes were very engaging and encouraging he asked me to continue. I was then being shown a garage with a classic car in it and then a man on a parachute. It went on like that for quite a while and I put the cards away and got in to a kind of channeling trance.

I came to a point when I could not get any more information and this man then told me a story that sent goose pimples up my back. He told me that he had come every time this event was on hoping to get a message from his son who passed over.

He said I had made a very good link to his son and that his son used the Doctors briefcase as a tool bag for his classic car that was in the garage. His son had died in a parachute jump and he felt sure that he would find someone to bring him through at this event.

This was an amazing confirmation of my mediumistic ability and from then on I really and truly did feel gifted. I then went on to develop my mediumship ability with a course with Tony Stockwell the famous Medium and Psychic Detective.

Soulmate readings. Find out if your love is true/false.

Latest posts by Destiny (see all)