By Ann: Have you ever wondered why we dream? And how your dreams affect you? There would be so many questions on this so feel free to come and chat with me on life reader. Often the case is you have been to a place that you know you have been there before and you feel weird with this and you do not know how you know. When you were sleeping, you would have traveled either into the future or in the past because we are made by the universal life force we can travel through different dimensions and the future or of the past you would have been dreaming of an ex boyfriend or girlfriend This is because when you Dream your mind does not sleep you think it does, your mind digests everything you experienced that day before you go to sleep and then it stores all your memories of this life in sections of your brain where it is meant to go rather than go into in-depth with the mind I want to explain the dreams and why?

Everyone has intuition and we all have telepathy. We all have five senses, so, what happens when you sleep? Your mind takes you on a journey into the future and it then shows you the images as if you are living there. Then you will wake up in the morning and either forgets the dream or, you will remember partial of the dream. What you do not realize is, this can either just be a dream or you have just seen your future. You would not realize it then if you have forgotten the dream. You will realize this when you go to the place that you have dreamt about in this life. This is called “Déja Vu”.

And it goes for meeting people that you have known, that you have met before and you do not know. Whether you have seen them or met them, you have done through your dream state traveling through the future and dimensions. It is an amazing thing really when you look at it. There is no beginning or end of the universe and we are universal beings. When you dream of something and the dream comes true, this is a Precognitive dream. A sixth sense, it also means you have had the overview of your future event that has happened once again in your dream state.

An example is when the Titanic sunk in 1912, a lot of psychics came forward and said they had dreams of the Titanic sinking. I wonder, would anyone had of listened to them at the time?

And let’s not forget the element of unconscious insight. The Titanic was the world’s largest ship on its maiden voyage, and was in the headlines even before the tragedy struck. What’s more, the media had fatefully called her “unsinkable” this is why even with Information given by any psychic would not have been taken seriously, shame! Really, it could have saved the lives that were lost.

All psychic predictions, I find the idea of precognitive dreams requires blind faith. A lucid dreamer can predict the sinking of the titanic and airplane crashes major disasters in the world today, but because of the lack of understanding of Lucid dreams. It is not taken seriously in the world. Future events keep happening and people keep having the dreams and the future precognition dreams and still not taken seriously.

Example of a Precognition Dream

In 1865, two weeks before he was shot dead, Abraham Lincoln had a psychic dream about a funeral at the White House. In the dream, he asked someone who was in the casket and they replied, “The president of the United States”. He told his wife about the dream, but neither of them took it to heart for on the night of his assassination he gave his bodyguard the night off.

So you see, your dreams are important and you need to understand what the Universal life force is trying to say to you through dream state. Angels communicate this way Your Guides people from another dimension and of course, Your higher self of you.

Conclusion, if you need your dream Interpreted I am more than happy to help you and do not brush them of I can help you. 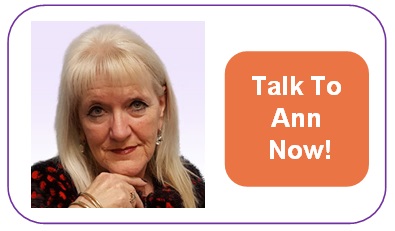 Much Love and Hugs,