By Isabella: We get signs every day and depending on your agenda or your emotional conditioning, you either pay attention to them or not.

As a professional Intuitive (the word “Psychic” seriously diminishes what I do) I would be at a loss if not for tending to and nursing those signs. As a spiritually evolved being, it is not a choice, it is the nature of the level of consciousness I have reached over a 25 year period. When you live in the Christ Consciousness as Jesus, Buddha, Yogananda and so many others have, you understand how severe the karmic return is when you fail to pay attention to the subtlest of signs. 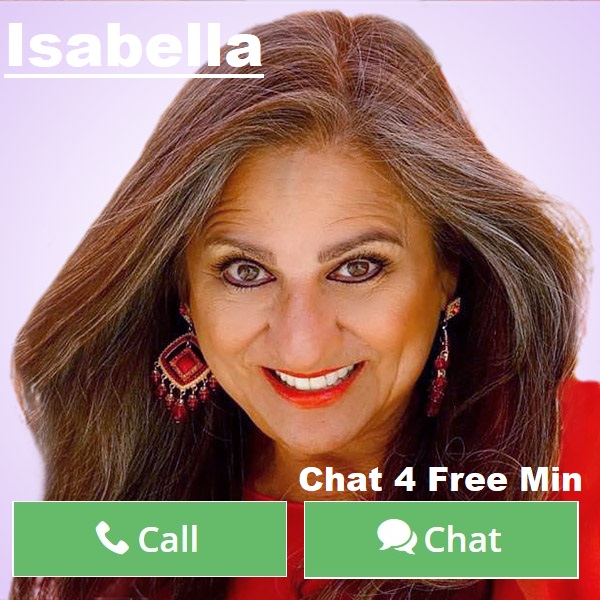 Years ago I was at dinner with a husband and wife clients who had like so many of my clients become good friends. As I was sitting there, that all-knowing voice spoke in my head saying, “Tell her now.” I argued back like a schizophrenic, “I can’t, she’ll hate me and I will lose her as a friend!” Once again, but louder the voice beckoned, “Tell her NOW!” Suddenly, I blurted out, “Amanda, your daughter is about to commit suicide, but there is time to stop it!” As if I had hit her and her husband in the face with a brick, they exclaimed, “WHAT???” Dinner ended abruptly as I sank into my seat thinking this would be the last time I ever saw either of them again. As they drove away, I could not help feeling sad, but also a feeling of peace came over me because right or wrong, I listened and honored the Holy Spirit within me.

All night I wrestled with it, fighting sleep, praying and replaying the entire evening in my head. I could literally hear them talking about me.

The next morning I phoned and Mark, Amanda’s husband answered the phone. I said, “Does she hate me?” “I don’t know,” he said, “Let me ask her.” “Hey Amanda, it’s Isabella, she wants to know if you hate her?” From across the miles, the telephone line imploded, “HATE HER???? NOOOOOO TELL HER I LOVE HER! I will call her in a minute!!!”

Minutes later the phone rang and Amanda launched with disbelief into the details. It seems that after we left the restaurant she phoned her 22 year old daughter who was also the mother of a 2 year old child. Amanda’s daughter had dropped the 2 year old off at her grandma’s house to stay the weekend, telling her that she was going on a short trip. At the moment I spoke up at the dinner table, she was actually sitting in the garage with carbon monoxide flowing and was writing her family letters as to why she was taking her own life. When her mother called her, she was so startled that she felt it was God interceding. They spent the entire night together talking… the timing of my vocalizing the information I was getting was supernatural. If I had not spoken up or if I had waited until the end of the evening, her daughter would have been dead.

THAT IS HOW IMPORTANT SIGNS ARE.

So many times we dismiss the signs we are getting by thinking that we are nuts or imagining it or because we don’t think it’s important.

When 9/11 happened, Time magazine reported that a woman was at the airport ready to board United Flight #11 when she suddenly had a bad feeling and left the airport. Another woman reported that she had a dream 3 nights before the fated incident which indicating that her plane would crash. Both did not take the flights.

One of my dear friends is a psychic/medium who has also appeared on Dr. Oz’s show. When she gave birth many years ago, she had this feeling that something was wrong with her baby. She took the baby to 3 doctors and was dismissed by all of them as being a “new mother overly concerned.” The feeling kept haunting her so she decided to take her newborn to a university hospital which was doing research on unexplained illness in infants. She was not at all surprised when they discovered her baby had a rare heart condition that could not be seen with regular testing. They found it in time to repair the baby’s heart and today she is a 21 year old college girl who is healthy, happy and has never had another issue.

Your gut is GOD, pay attention

Fine tune your instincts by meditating more. Let go of things like alcohol, drugs or any other chemical which retards your spiritual awareness and you will easily tap into your inner psychic.

The more you practice and perfect your gifts, the more accurate the information and it comes in far more details than you can imagine. Everyone has this ability it is simply up to you as to how deeply you develop it. But trust me when I tell you God/the angels/the sages/your inner light, speaks to everyone.

If you want to learn more about how to “hear”, “see” and sense more intuitively give me a call. I have taught thousands how to become their own psychic.

Wishing you insight beyond the known.

Blessings on your journey,