By Paul: Although rarely used in modern readings, ribbons are actually one of the oldest divination tools. Over the centuries they have been a big part of Pagan rituals such as Handfasting, using them as Clouties (tied onto branches of trees), to bring corresponding colours to an altar, and of course, giving readings.

The travelling folk, back in the day, would go around selling their wares, often ribbons, to be used as hair decoration, dress making and other more common uses that we still associate them with today. However, in tradition, the seller would also give the buyer, a reading from the ribbons they have bought as thanks for their purchase.

In one of the rarest versions of the Snow White story, the wicked Queen firstly disguises herself as a peddler selling laces and ribbons with which she attempts to strangle Snow White. The poisoned apple comes later as her final attempt to get her own way.

Anyone who has visited a Spiritualist Church will be aware that tools are not allowed such as tarot cards, crystals, rune stones, etc., but two things that are allowed are ribbons and flowers to use in “psychometry” when connecting with spirits. Traditionally, the ribbon reader would have one of each colour (as many as possible) tied onto a wooden rod. As you can imagine, that would be quite cumbersome in modern readings so some will find other ways, such as keeping them all loose in a special box or fabric pouch. Tying them onto a wooden embroidery hoop is another popular method of keeping them together. Mine are all attached to a large safety pin which I find most useful as it means they are freer to move and if I find new ribbons to add on, I can do that with ease.

Anyone wishing to try ribbon reading themselves, I urge them to follow their heart and remember there is no right or wrong, as in many divination tools, it is whatever works for you. If it is making sense to the client then it is working well. Also, the ribbons themselves don’t have to be anything special. All of mine are from various market stalls and sewing and craft shops. How to keep them together (the various ways mentioned above) are a personal choice, again, no right or wrong, and the number of ribbons chosen by the client are also a personal choice. Some way wish to work with only one or two, whereas others may prefer a lot more.

As mentioned above also, some use them in the form of psychometry, as in, they will feel them more than look at them to connect to the person. This is in the same way that some readers will ask to hold something personal such as a watch or a ring when giving a reading.

When I first came into reading ribbons, I went straight for the colours above anything else. To work with the Chakra colours is always a good starting point, but I also found myself using the magical colour correspondences from the Pagan/Wiccan ways, such as green for prosperity, light blue for healing, red for love matters etc. My meanings change over time and can differ from person to person as everyone is different, but I will often find that this is a good way to connect with a person to tune into what is going on with them at the time and where to go from there in order to improve their future.

I will often use my bunch of coloured ribbons as a connection tool. I ask the client to select 5 colours of their choice which will often tell me a lot about them, and hence, gives a connection to carry on the reading. Some readers can give long, deep readings with ribbons alone, and some will use them to connect directly to spirits. For me, they are about reading the person’s life, past, present and future. People will often find ribbons eye catching and interesting as they are not seen in this way very often, and some will be amazed at how much information comes from them, simply by choosing several colours. 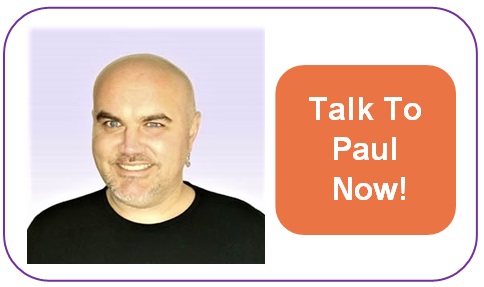 Using tarot and coloured ribbons as tools to connect.

Latest posts by Paul (see all)