Instead, we will focus on the multitude of meanings the cards possess within them and identify cards to look out for when you’re receiving a reading from a Tarot Reader.

My main source of divination is not the Tarot Cards but is a tool I own. Like all tools, sometimes they can perform more than one purpose. In this case I have developed a bond with my Tarot Cards and use them to forecast my week ahead. Within these conversations with my Tarot Cards I have learned which cards serve the purpose as positive indicators and would like to share some examples with you; preferably over tea.

We will now take a look at three cards for you to watch out for in a reading. I have chosen the number 3 because there is an understated meaning to the Tarot Cards through the numbering. The number 3 is certainly a positive sign. Try to understand the Cards through numerology; it’s a great way of learning for any budding student.

Let’s start with the Major Arcana and inspect card number 19. If you do not know which Tarot card this is yet, do not worry; we are first focusing on the number 19. This number represents the number 1 which is a good indicator of rebirth and the number 9, the polar opposite; the end of a chapter. The number 19 has the power to restore and cleanse past failings, for we learn and grow with new strength of character. This is known as the Sun card. This is a Tarot card of good things! A card which essentially displays our source of life. Like the number 19, the Sun also has a beginning and an end; with its marvelous sunsets and beautiful rises. The link between the card and number 19 is therefore reinforced by the symbolic meaning of the card. This card can be a sign of one’s deepest desires fulfilled within a relationship. It could also mean:

• New arrivals on the horizon

• Simple pleasures to be gained

Your next card is the number 6 of the Major Arcana and like its number is considered as the most harmonious single-digit there is. This said, it is worth also considering that it does have its faults and drama. We are of course talking about; The Lovers card.

Consider your instinctive gut feeling we all get when we know we’re right about something or someone; this emotion is signified by the Lovers card. The traditional image of the Tarot card, depicts two lovers or perhaps twins; the male and female. This is a card for need of balanced decisions. Realize the six parts played in this card; the two bodies, two hearts and two minds equaling 6. It is a card of a sacred union of some sort built on a stable foundation. In a relationship, this can indicate committing for the long-term.. perhaps marriage. It may also suggest:

• Temptation of the heart

• Decision to be made

The Three of Cups is the final card we will look at today. This card is all about friendship, celebration and community.

It can represent growth within a relationship and times of happiness in the querent’s life. With regards to the number 3, it should also be mentioned that it is greatly recognized for its association with the divine power/creative impulse. The suit of cups is represented by the ‘hearts’ in standard playing deck of cards and like heart’s; the cups are beset with emotion. Love can be one possible interpretation, where ones feelings or doubts are finally clear for emotions to grow positively. Unlike the two other cards, the three of cups is part of the minor arcana. This is important to mention because within a reading the suit cards (minor arcana) meaning can become changed by the influence of the major arcana cards being present within your spread. This is where a Tarot reading becomes complex. Singularly on its own, though, the three of cups can also mean:

• Putting yourself out there

Though all of these cards are full of positivity, do not be confused if you receive a reading where these cards are present, yet you are being told it is a negative outcome. As mentioned before, the tarot system is complex and involves a lot of study to master the full meanings. It is however worth mentioning if you own a deck and want to develop; continue first learning the individual meanings of the cards. Share conversations with your card and ask them anything! I own more than one deck and each has its purpose. How did I learn the purpose of each deck? 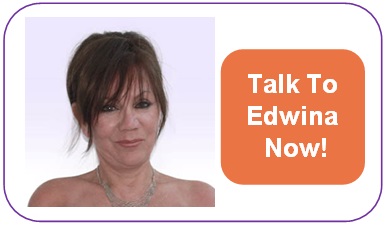